Mentor, OH – It wasn’t long ago that CJ Paterniti, General Manager of D&S Automotive in Mentor and Euclid, was with his daughter at University Hospital’s Rainbow Babies & Children’s Hospital in Cleveland.  It was November of 2012, after his wife Casey gave birth to their twin girls, Amelia and Paige.

Shortly after birth doctors rushed Paige to Rainbow Babies & Children’s hospital, where she was admitted into the Neonatal Intensive Care Unit (NICU).  She had underdeveloped lungs and was struggling to breathe.  The team at Rainbow put her on a C-PAP machine to aid her breathing.  After only a few weeks she was able to breathe on her own and was able to go home with the Paterniti’s.

“It is an event that will stick with me for the rest of my life,” says CJ Paterniti.  “The team at the Rainbow Babies Hospital was amazing, from our doctor Eileen Stork to the nurses.  Everyone was uplifting and gave my daughter great treatment.”

Since that day, CJ Paterniti has vowed to give back and help those that are in the same position he was in just over a year ago.  “When I was there I spent time with my daughter, but observed those around me.  It is a scary place to be for a parent.  I wished every day I could trade places with Paige’s and I don’t know any parents that wouldn’t feel that way.  I was fortunate enough to have spent on a small amount of time in there… others aren’t that fortunate.” 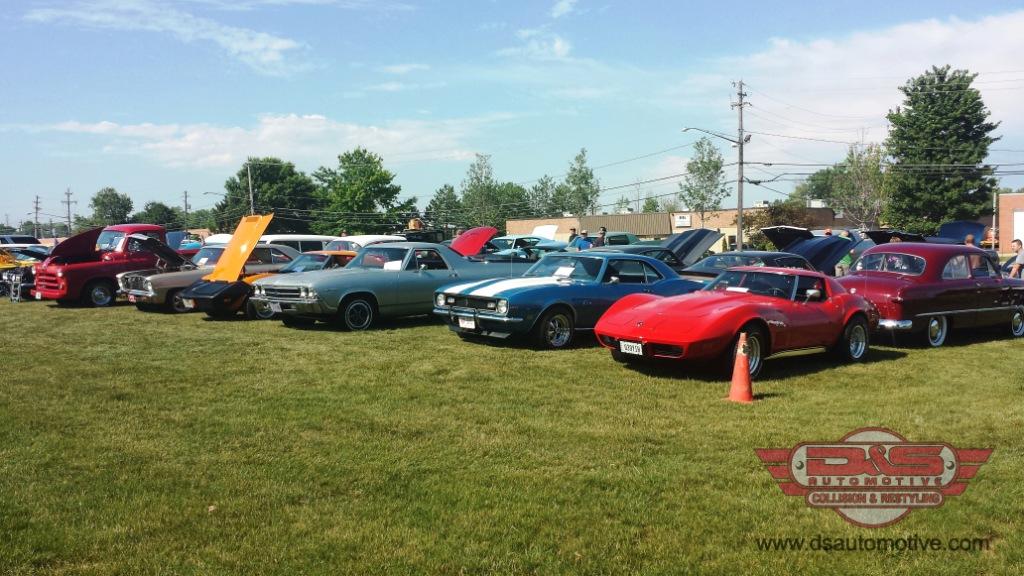 Wanting to give back, CJ decided to get his family business involved, D&S Automotive.  That is where the connection to their annual Cruise-In event came in.  D&S is known for auto body repair and truck accessories, with two locations in Northeast Ohio.  Since 2011, they have hosted an annual Cruise-In that draws the attention of hundreds of classic car enthusiasts.

This year’s event was one of their largest ever, with over 80 cars registered for their People’s Choice award and another 60 plus cars in attendance just for fun.  “We were thrilled to see the support from the community at our event,” says Carmen Paterniti, owner and founder of D&S Automotive, “the event was to support a great cause and have some fun.  I think everyone enjoyed themselves and we raised a good amount of money for the (Rainbow Babies & Children’s) Hospital.”

Overall the event raised $1,200+ from car registrations, a 50-50, and Chinese Auction.  That amount was matched by D&S Automotive and a total of $2,500 was donated to the UH Rainbow Babies & Children’s Hospital of Cleveland.  Photos from the event can be seen by visiting D&S’s Facebook page at www.facebook.com/dsautomotive77.

We make fans out of our customers